Hello! This is SHU, a TESEN staff member.
Mitsuwaya is located just off the Karahori shopping street from Tanimachi 6-chome.
This time, I would like to talk about a particularly memorable guest at Mitsuwaya.
3 years ago.
At that time, there was no such thing as Covid-19, and many guests from all over the world were coming to Mitsuwaya every day.
The purpose of their trip varied: some guests just went around the tourist spots, others spent time at the inn reading books and relaxing, and still others woke up in the evening and went out to the city at night. I think this picture was taken on New Year’s Eve. 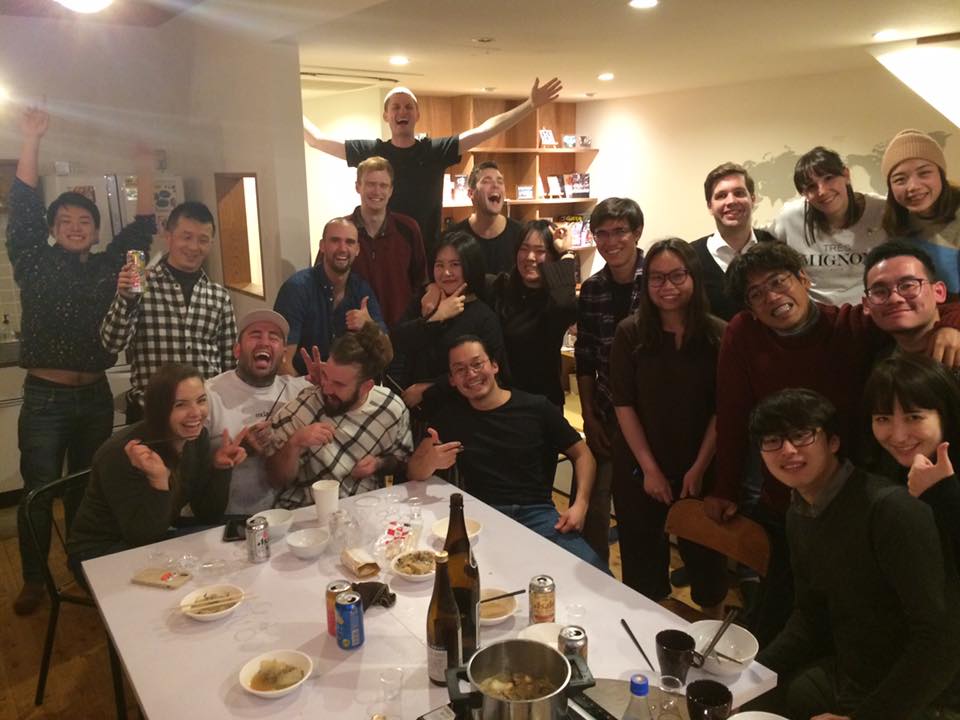 The atmosphere of the inn changes depending on the guest.
And when he came to Mitsuwaya, the atmosphere was terrific.
Guests gather in the common room with drinks in their hands.
He is at the center of it. He has an aura that draws people in.
It was as if he was having a nostalgic conversation with a classmate whom he met only 5 minutes ago. 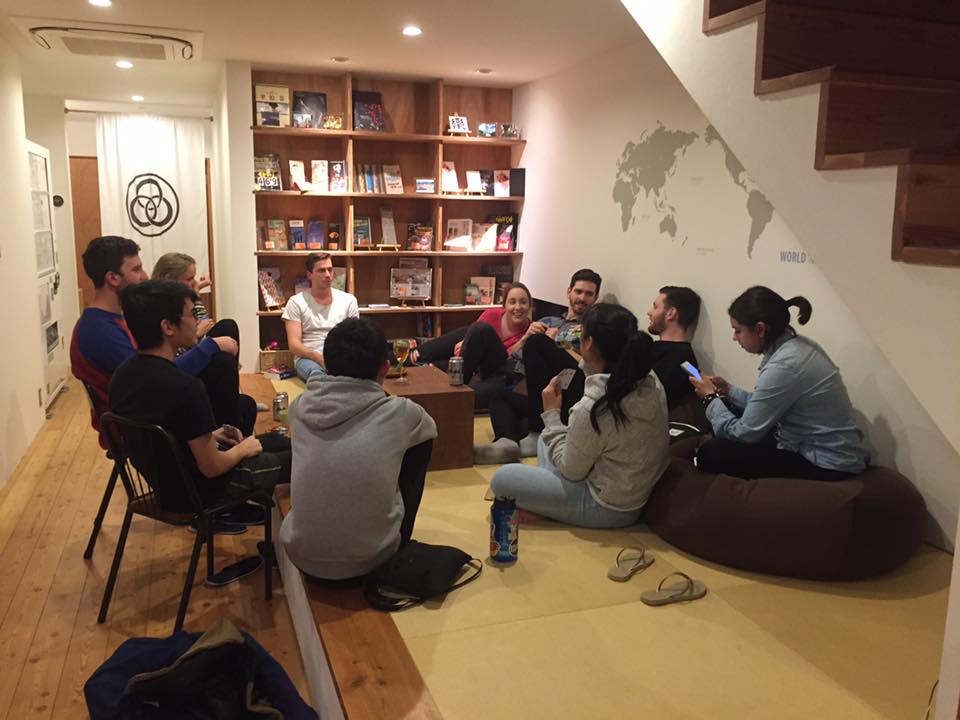 He is flat with everyone.
“Where are you from?” “Is Osaka interesting?” “What’s so great about it?
I could hear him talking like that.
That day, I finished work at 5:00 p.m. and went out for a drink with today’s guests. 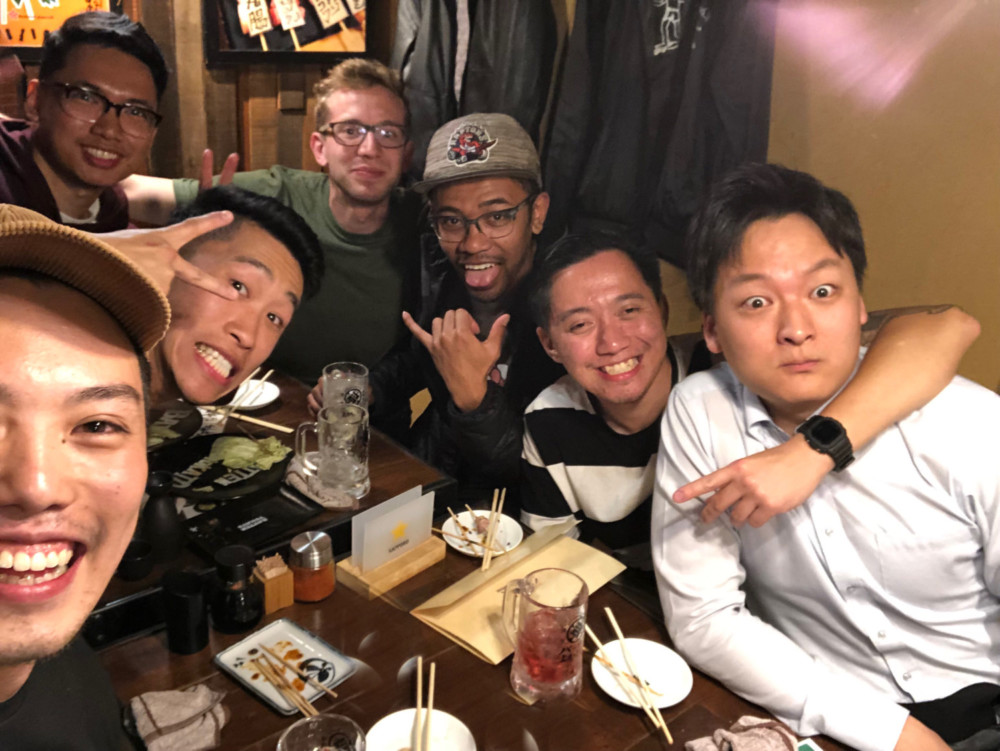 Starting with the use of chopsticks, We were a little puzzled by the system of serving food with drinks, but the party was still in full swing. Brian, the protagonist of this story, is standing next to me on my left, posing in a backward peace pose as if he were Japanese.
This was exactly three years ago.
April 2022.
He is in Osaka.
He is either living in SEN or attending a Japanese language school.
After his trip to Japan three years ago, he returned to his home country, the U.S., and studied Japanese on his own.
He waited for more than a year to be allowed to enter Japan during the Corona disaster, and when he was finally allowed to enter, he came back to Japan with great anticipation.
*From March 1, 2022, a maximum of 10,000 foreign students per day are allowed to enter the country.
*Lately, inquiries to TESEN are sweating more foreigners than Japanese.
Three years ago, he could not speak Japanese at all, but now he can converse normally in Japanese.
He has also mastered the Osaka way of saying “I don’t know, but lol! after the end of a conversation, which is unique to Osaka, so I have a feeling that it won’t be long before he gets used to Osaka.
And what I admire most is that when he hears Japanese words he doesn’t understand, he immediately writes them down on a notepad he carries in his pocket. It drives me to want to support them at any cost.
And there is one more thing I want to tell you.
Actually, the guy in the white cutter shirt on the far right in the photo above, Brodie, is a former tenant of SEN.
He stayed at Mitsuwaya 3 years ago before he moved to SEN. They stayed at Mitsuwaya on the same day and had a drink together! It was quite a happy miracle.
Unfortunately, Brodie moved out of SEN before Brian came to Japan, but they still keep in touch with each other! 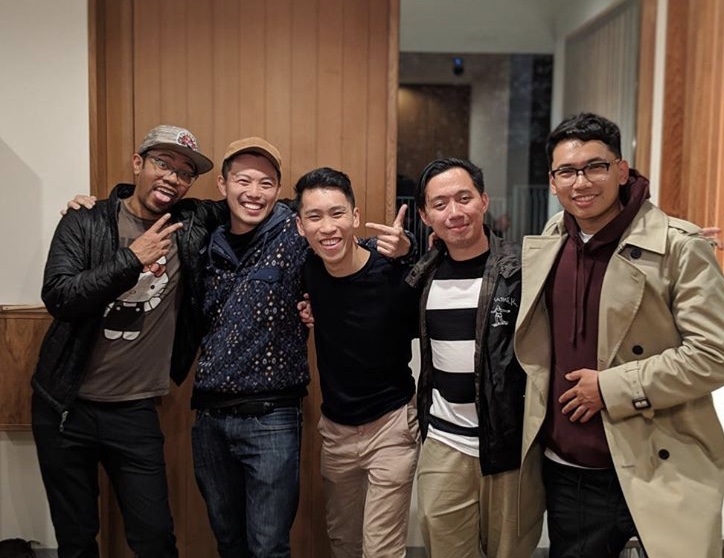 This is a picture of us checking out of Mitsuwaya.
When we said goodbye, he said, “If we could speak the same language, we could have talked about many more things!
I still feel a deep impression when he said this to me.
I had no idea that he would later learn Japanese from me. Or maybe he was too quick to see through my English ability. 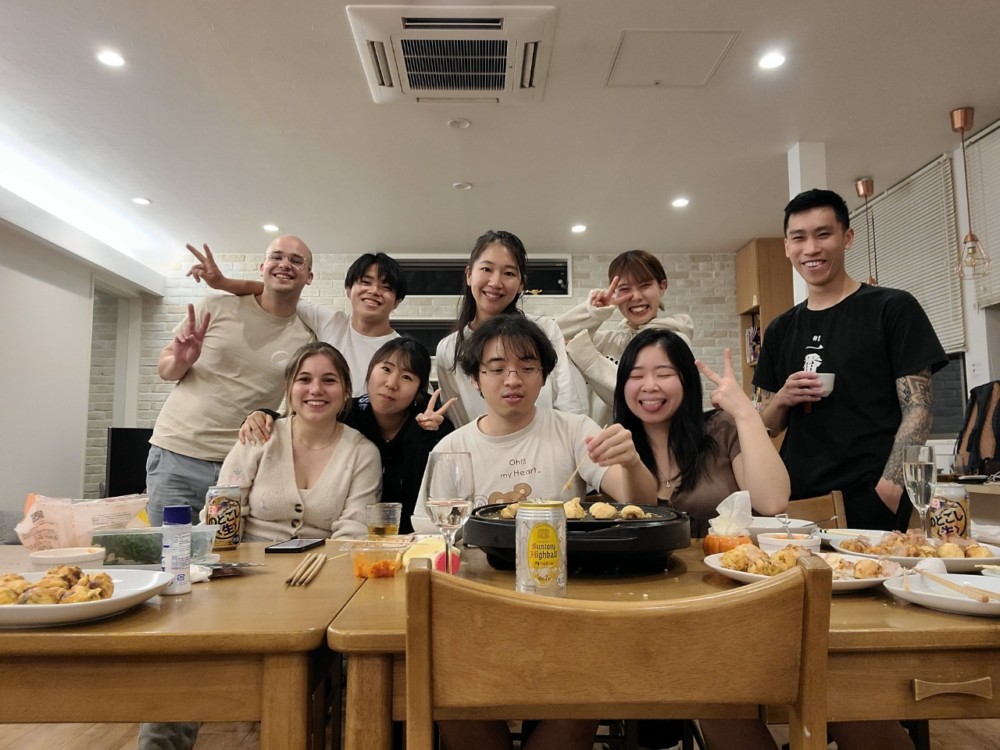 At SEN after coming to Japan.
Living in Osaka for a year. I support you from the bottom of my heart!
They chose Japan as their travel destination and Mitsuwaya as their place to stay in Osaka.
They come back to Osaka again to learn Japanese.
What could be happier than that!
I was so happy when you contacted me and said, “I’m going to Osaka!” I was so happy when he contacted me and said, “I’m going to Osaka!
Somewhere people who have met are on their own paths.
There are moments when the points of contact born there are connected beyond time.

But I think that’s okay.
Maybe that uncertainty is what makes people want to meet people, because it’s interesting! 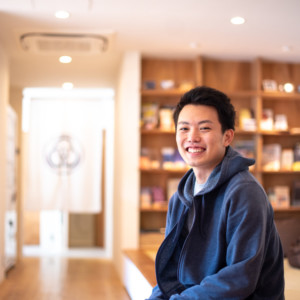 By the way, Mitsuwaya during the daytime is filled with many guests taking a nap like this lol 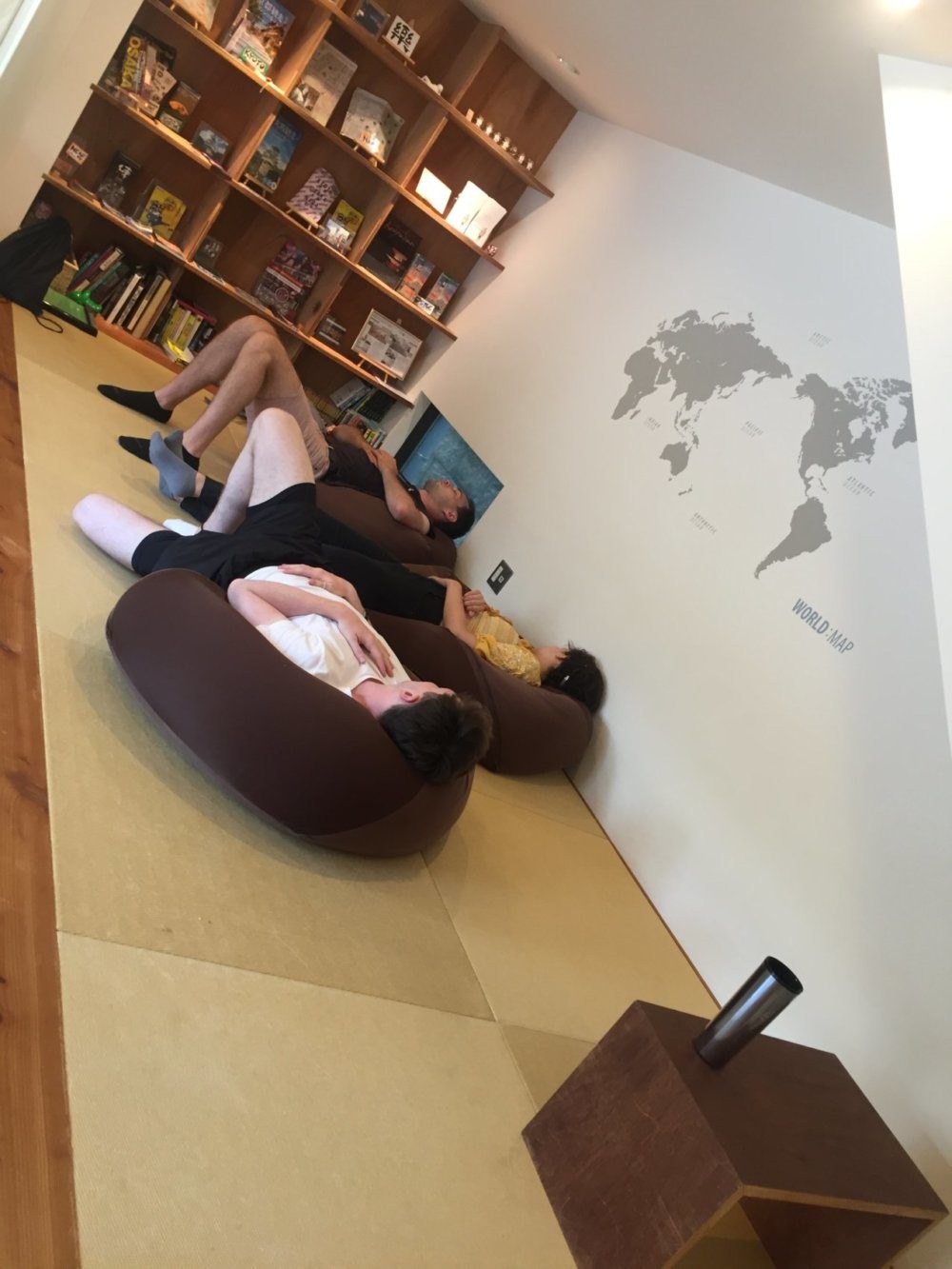